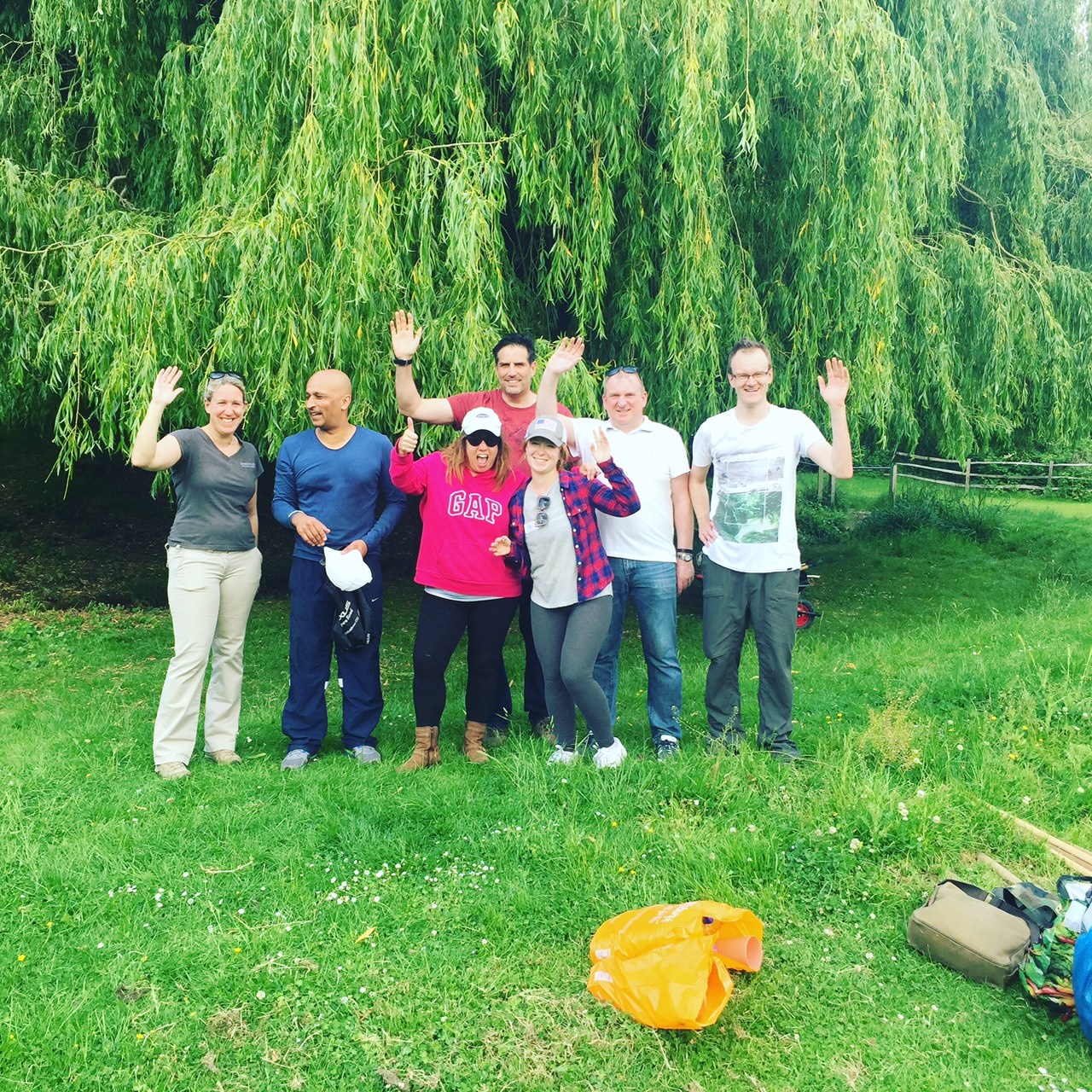 The majority of the UK team (Helen, Emma, Zoe, Avesh, John, Leo and Steve) spent the day at Fishponds Park in South London on what was very much an environmental project in restoring use of a stream between two ponds in the park. The ponds had previously been the habitats of many fish and aquatic birds but have become heavily neglected over recent years due to the reliance on charity funding and volunteering. [Photo above: The Stagnant Pond]

Basically the ponds have become stagnant, overgrown and uninhabitable due to the lack of water flow between them since the pump used to encourage the flow had broken some years ago. The charity which runs the park has managed to secure funding for a new pump but cannot put this into use until the dried up stream has been cleared of overgrown vegetation and litter. This is where we came in, having to dig out much of the dried up stream path and removing overgrown shrubs and brambles. Made harder work by the hottest day of the year (at that point) in the UK, the team put in lots of physical exertion to ensure we had maximum impact during our time there. It was great to not only see the progress made on the day but also to receive very encouraging feedback whilst we worked away in the hot sun. The supervisor from the charity informed us that he saw more progress in half a day than had been achieved in the previous 6 months due to their reliance on volunteers and people on community service projects. We also had many local people passing by, come to talk to us and say thank you as they had seen this, place of beauty, become neglected, overgrown and an eyesore. The general feeling was that they were looking forward to the day when it’s natural beauty is restored and the fish and wildlife once again thriving. [The Team Clearing the Stream]

In addition, we spent some time towards the end of the day to create a new habitat for the endangered species which is the Stag Beetle. To do this, we had to dig a pit and partially submerge a number of logs before burying them in tightly packed soil. The rotting wood underground, creates an ideal environment for the Stag Beetles to live and develop. Overall, this was hard work but very satisfying and great fun to do something different as a team.