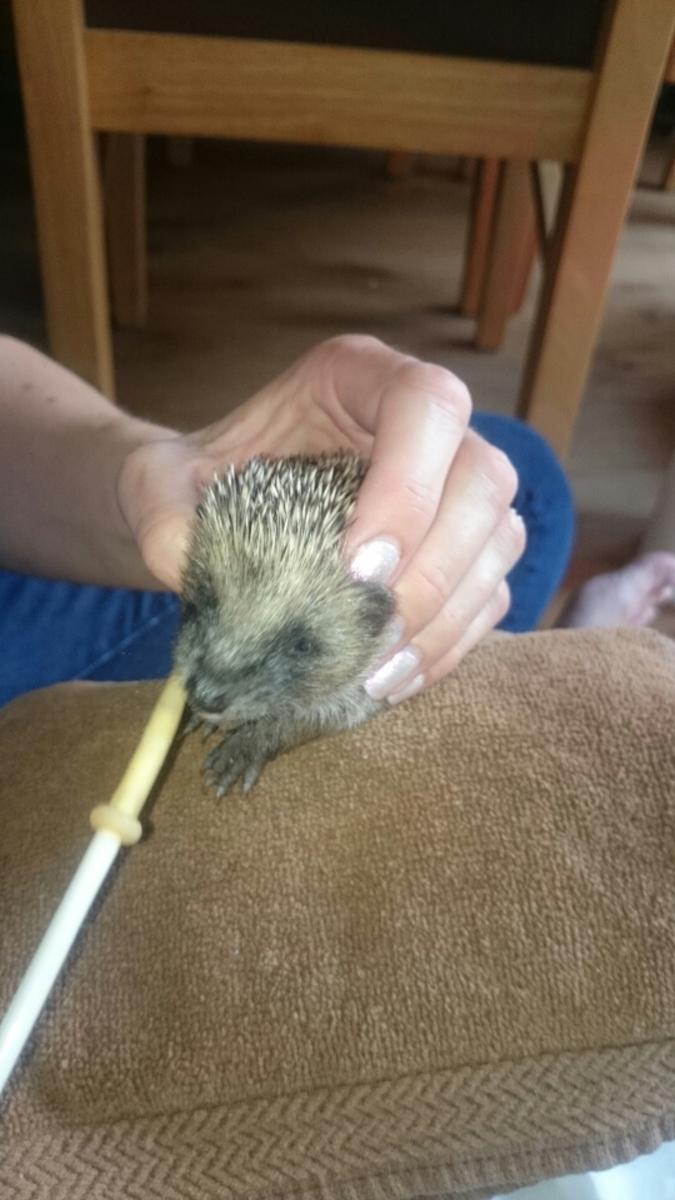 St. Tiggywinkles is a charity based in rural Buckinghamshire which cares for sick and injured wild animals. They take in around 10,000 animals a year, including red kites, deer and hares.

Helen Atkinson has recently been accepted as a foster carer for orphaned hedgehogs. She was able to care for them in her home for a period of six weeks, from mid-June to end of July. In the UK hedgehogs used to be a regular visitor to our gardens and allotments. However, due to climate change and the reduction of our countryside, figures show that their numbers have declined since the 1950s from around 36 million to just over 1 million. The adults are often killed or injured on roads or by garden/farming equipment and the youngsters abandoned. Helen takes in litters of up to 4 animals, which require syringe feeding several times a day. Once they are able to feed themselves, they are taken back to Tiggywinkles to an outside pen until they reach such a weight that they can be released back into the wild.
[By Helen Atkinson]