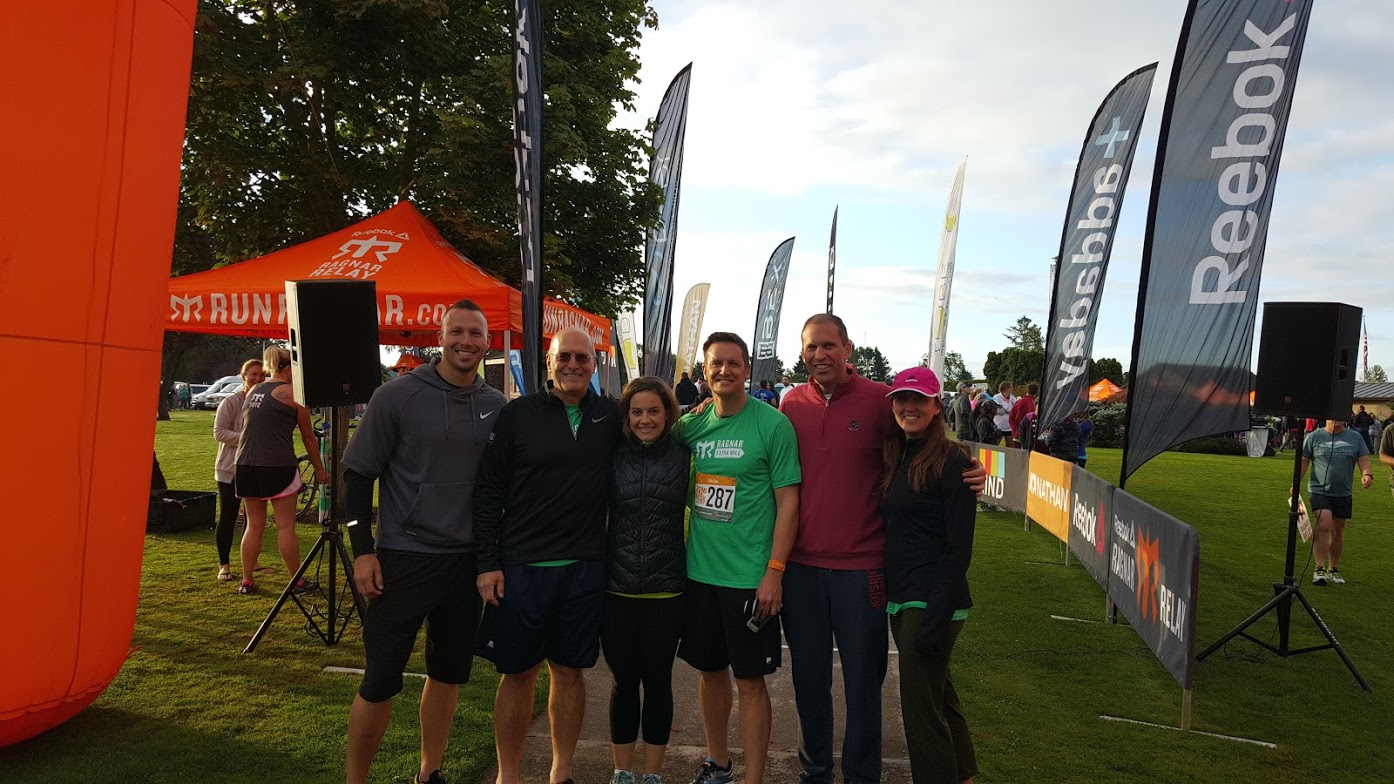 Corporate Visions has sponsored an extreme relay event since 2011. In 2016, Team Filthy Soles, rose to up the challenge of the Pacific Northwest Passage to raise money for twelve charities. Each of 12 runners runs three legs of varying lengths over the course of the run.

TO HAVE A TON OF FUN

Thanks to our many donors
WE RAISED A BOATLOAD OF MONEY
($32,920 – top fun and fund raising team)

Many thanks to our runners: Mike Finley, Nicci Hammerel, Conrad Smith, Joe Kozub, Sean Leahy, Erik Peterson, Fabiana LaBauve, Mary Pacell, Jeannie
Each Ragnar Relay is approximately 200 miles (320 kilometers) in distance, with races lasting two days and one night. The Pacific Northwest Passage starts at the “Peace Arch” at the US/Canadian border and winds south 196 miles along the Puget Sound, ending on Whidbey Island. and Jeff Clidence, Dustin Ring, Devon and Christian Smith.
Many thanks to our volunteers: Lauren Upton, Bill Patterson, and Tatsuo (a.k.a. “Tat Tat”) Yazaki
Thanks for the Graphic Support: Justin Barry

See a few photos of the team having so much fun!